Rising With the Next Generation…by Kym Pappas, Co-Producer of San Diego’s One Billion Rising 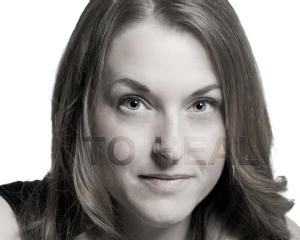 Kym Pappas, can you write a blog on the theme of “teaching the next generation about a violence-free world”?

I wish I knew how to do that.

I have never lived in that world.

I have known violence intimately since I was three years old; as far as my brain and body are concerned there has never been a day without it. My life was built on a foundation of physical and sexual violence… it permeated every space… from the kitchen floor to the pink sheets… there were never enough locks on the doors. I learned silence like ABCs. Earned my gold stars by protecting the monsters… they were not born ugly. Someone taught them wrong. Someone gave them these lessons and they passed them on to me. I practiced being a witness. I saw everything. 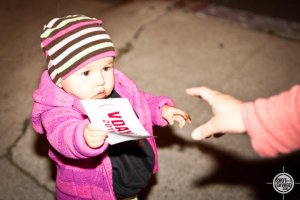 I don’t know much but I do know this: children see everything… and they remember. Your DNA will remind you if you’ve somehow forgotten. Please be patient with your heart… I know for some of you this sounds all too familiar. You don’t want to read anymore. Please give me just a few more seconds of your time… there might be a point here soon. Maybe. You can come back to this later; I won’t hold it against you.

I will reiterate… I don’t know much…

I do know this… the surest, strongest moment of my life came in the form of a 12-year-old girl. She is the bravest part of me. She found her voice… that voice is what saved my life… at 12, at 16, at 27. As you can tell, I’m still learning how to use it. Consider this practice. Thank you for your time.

10 years later, InnerMission Productions was approached by Wendy Maples, Artistic Director of Step UP Theatre, to co-produce The Vagina Monologues. We were asked to work as mentors with the young women who were the heart and soul of Step UP. Many people were concerned about “the teenagers” talking about vaginas. Talk about vaginas they did… in the streets, at their schools, on stage in front of a sold out house of 600 people. They were ROCK STARS! We spoke up together. These girls? They taught me how to dance. They taught me to question, out loud. They made me strong. They made me an activist.

Dear Reader… I know that the greatest lessons I have ever learned were given to me by my students. The kids’ lessons are so much stronger than the ones passed down by the monsters. The things they have taught me filled in my foundation. I don’t know how to teach them about a world free of violence, but I do know that it is my job to ask them to teach me. It is my job to dance with them and to laugh with them. It is my job to create opportunities for them to explore their creativity and to use their voice. They have them and they are paying attention. They see everything. Ask them the question… they will have something to say. It is my job to show up… and to listen… and to get the hell out of their way.

I don’t know much about a world free of violence, but I do know this.

They will show us how to get there.

Kym Pappas is the co-artistic director of InnerMission Productions and co-producer of One Billion Rising in San Diego. She developed the Charles K. Nichols Internship Program at OnStage Playhouse and has served as its director since 2006. Directing credits include Fat Pig,The Vagina Monologues, Dog Sees God: Confessions of a Teenage Blockhead, A Memory, A Monologue, A Rant, and A Prayer, The Diary of Anne Frank, The MENding Monologues, and “No Child…” (co- directed with Carla Nell). She directed and developed an original theatre piece, “ONE,” with the L.E.T Youth Crew and the San Diego Domestic Violence Council for their annual HOPE in the Park event (2010). Kym was the recipient of the 2011 Jim Payton Spirit of Community Award. She studied at the American Conservatory Theatre and will be dancing on February 14, 2013.

3 Responses to Rising With the Next Generation…by Kym Pappas, Co-Producer of San Diego’s One Billion Rising